Nonarteritic anterior ischemic optic neuropathy—NAION—can pose a challenge for the retina specialist who may not encounter the disease so frequently. It has a variable visual prognosis, and while multiple medical and surgical treatment options have been proposed and tested, none have been proven. Oral corticosteroids may shorten the duration of optic disc edema and may improve visual outcome, but no randomized, controlled clinical trial has evaluated this treatment.

This article is the first in the series “Beyond the Retina” that aims to update retina specialists on the state of the evidence of non-retinal eye diseases. This review intends to summarize the current evidence-based knowledge in the field of NAION and provide practical clinical recommendations for comprehensive ophthalmologists and retina specialists.

Clinical Presentation
​
NAION typically presents as acute, unilateral and painless loss of central and/or peripheral vision. Initial visual acuity is variable and may be 20/30 or better in up to 50 percent of cases.1 Although arteritic anterior ischemic optic neuropathy (AAION) due to giant cell arteritis (GCA) often presents with more severe visual loss, the severity of visual acuity loss is not the sole differentiating feature; both AAION and NAION can produce mild, moderate or severe visual loss. Indeed, about 20 percent of patients with NAION have visual acuity of 20/200 or worse at the time of presentation.1Visual field defects in NAION are common and typically consist of nerve-fiber-layer type defects, such as inferior nasal, arcuate or altitudinal defects, although generalized depression, central or diffuse field loss can also occur.2,3

Although NAION is typically a disorder of older individuals with vasculopathic risk factors, it may occur at any age, with or without known ischemic risk factors.1,4 In addition to loss of visual acuity or visual field, patients with NAION may also complain of dyschromatopsia. They usually have a relative afferent pupillary defect (RAPD) in unilateral cases or in bilateral but asymmetric involvement. Slit-lamp biomicroscopy, intraocular pressure and ocular motility testing are normal. In the acute setting, the optic nerve head in NAION shows segmental or diffuse edema with variable degrees of peripapillary superficial nerve fiber layer hemorrhages, mild subretinal fluid or, rarely, cotton wool spots (Figure).

The underlying mechanism of NAION is complex and not fully understood. Authors have suggested that NAION occurs due to a transient anterior optic nerve hypoperfusion, particularly at night due to nocturnal hypotension; or it may be secondary to local or systemic disturbances in optic nerve head blood flow, such as arteriosclerosis, vasospasm, hypertension, diabetes, iatrogenic, surgical or non-surgical hypotension or vasoactive medications.4

These underlying associated conditions may reduce the autoregulatory capacity of the optic disc and make it more susceptible to perfusion pressure fluctuation. In one study, 52 percent of the patients with NAION noted visual loss upon awakening.5
​
In addition, patients with NAION may be anatomically prone to develop optic disc head perfusion compromise because of a structural risk factor in the optic nerve head, a small cup-to-disc ratio and crowded optic disc head—known as the “structural disc at risk for NAION.” A transient ischemic event in a predisposed small, crowded disc may cause ischemic swelling of the axons, leading to compression of capillaries in a restricted optic disc space. This “vicious cycle” of increased swelling causing more compression of the capillaries then inducing further ischemia ultimately results in ischemic infarction of the optic nerve head. Apoptotic loss of ganglion cell bodies and optic atrophy follow the acute ischemicevent.

Ancillary Tests for NAION
​
The diagnosis of NAION is primarily clinical; no diagnostic laboratory testing or imaging abnormality exists. We do not generally recommend neuroimaging for typical cases of NAION. Likewise, these typical cases do not require further laboratory testing other than that which helps rule out GCA (Table 1). However, atypical cases, such as bilateral, progressive or posterior ION, sometimes require ancillary laboratory and imaging tests.

Optical coherence tomography (OCT) of the optic nerve head can demonstrate detailed morphometric analysis of the optic disc and surrounding retina and retinal nerve fiber layer. Also, optic nerve OCT
has documented optic disc elevation, peripapillary nerve fiber layer thickness and peripapillary subretinal fluid.6,7 Generally, the diagnosis of NAION does not require OCT, but it may be useful in atypical cases or for longitudinal assessment of disc edema and eventual optic atrophy.

Differential Diagnosis
​
Differentiating AAION (ie, GCA) and NAION is an essential step (Table 1). Up to 80 percent of patients with GCA have systemic symptoms and signs that include headaches and periocular pain, jaw claudication, scalp tenderness, abnormal temporal artery, neck pain, anorexia, weight loss, polymyalgia and malaise. However, some patients have occult GCA with none of these signs and symptoms. The presence of any of these indicators should prompt evaluation for GCA in cases of AION.4

Transient visual loss or transient diplopia may occur in GCA but should not occur in typical NAION. Therefore, a history of amaurosis fugax prior to AION is suggestive of GCA. Sector or diffuse disc edema upon examination is common in AION, but the presence of pallid disc edema (ie, pale and swollen disc) in the acute phase is highly suggestive of AAION. Fluorescein angiography might be useful in this setting to evaluate for choroidal perfusion defects that could confirm AAION. Definitive diagnosis of GCA, however, relies upon temporal artery biopsy confirmation.6

The differential diagnosis of an acute papillitis other than NAION should consider other causes of optic disc swelling with or without vision loss. In contrast to NAION, optic neuritis commonly presents with vision loss in younger individuals, an RAPD, a central visual field defect, dyschromatopsia and a normal fundus exam—that is, retrobulbar optic neuropathy. The differential diagnosis may also include other infectious or inflammatory causes, such as syphilis or sarcoidosis. Table 2 summarizes the differentiating clinical and radiographic features of NAION compared with optic neuritis and papilledema.

In addition to medications that cause hypotension, NAION has been associated with amiodarone and phosphodiesterase type-5 inhibitors (PDE-5i) that include sildenafil, vardenafil (Levitra, Bayer, Whippany, N.J.) and tadalafil (Cialis, Lilly, Indianapolis).8 A recent case-crossover study showed that among 43 patients with definite NAION, PDE-5i consumption 30 days prior to an NAION event increased the odds ratio of acute NAION to 2.15 (95 percent confidence interval: 1.06, 4.34).9  We should advise patients with NAION of the risk these agents pose and that they need to consult their physician regarding continueduse.

Visual Outcome
The visual prognosis for NAION is variable; visual acuity may partially recover in up to 43 percent of patients. Resolution of optic disc edema from the onset of visual loss typically occurs within eight weeks.10,11 Although corticosteroid therapy has been associated with faster resolution of optic disc edema in NAION and may improve visual outcome, no randomized controlled clinical trial has confirmed this.10

The risk of recurrence in the same eye is less than 5 percent, but the fellow eye may be involved in up to 15 percent of patients within five years.11 In one study, the median interval between NAION in the first eye and occurrence of a new NAION in the fellow eye was 1.2 years, with a range of 16 days to six years.11

Management
​
Multiple medical and surgical treatment options for NAION have been proposed and tested, but none have been proven. Novel treatment methods such as targeting caspase-2 with intravitreal injection of short interfering ribonucleic acid (siRNA)12 has been tested in a clinical trial.13

Although a preclinical study has shown the safety of such an approach in test animals, no human study result has been published.14

Despite the lack of Level I evidence, retina specialists should discuss the following treatment options and the level of supporting evidence with patients.

• Systemic corticosteroid therapy. The utility of corticosteroids for NAION is based on the premise that decreased capillary permeability may accentuate the resolution of disc swelling and thus reduce compression of capillaries in the optic nerve head and improve blood flow to the ischemic axons.

A recent large, prospective, nonrandomized, open-label, patient-choice study by Sohan Hayreh, MD, PhD, and M.B. Zimmerman, MD, compared 312 patients who elected treatment with oral prednisone 80 mg/day for 14 days followed by a taper over about two months with 299 controls who elected to remain off corticosteroid.15

The authors concluded that steroids were effective in improving visual function compared with the natural history. However, the use of systemic corticosteroids remains controversial due to the conflicting evidence. We tend to discuss the potential benefits and risks of high-dose oral corticosteroids with patients who present within two weeks of acute onset, have visual acuity of 20/70 or less and do not have any contraindications for high-dose corticosteroids.

• Aspirin. Two major studies have shown that aspirin has no visual benefit for patients with NAION.4  However, low-dose aspirin (81 mg) is often recommended to reduce the risk of concomitant cardiovascular events, including possible myocardial infarction or intracranial ischemia.

• Neuroprotection. The concept of saving the surviving but nonfunctioning “sick” nerve fibers has shown clinical merit in glaucoma and neurologic diseases. Studies have tested multiple agents, including intravitreal erythropoietin and oral levodopa.16,17

These studies suffer from a small number of patients and absence of controls. Such studies often do not discuss their results in comparison to the natural history of NAION in which almost 40 percent of patients experience visual recovery. Novel neuroprotection approaches using intravitreal injection of siRNA to target inflammatory cascade mediators have not yet published their clinical results.

The study randomized 258 patients to either follow-up (131) or ONSD (127). The patients assigned to ONSD did no better than patients observed without intervention (32.6 percent gained 3 or more lines of vision vs. 42.7 percent of the observation group). Patients who underwent ONSD had a significantly greater risk of losing vision at six months. Radial optic neurotomy too has been proven futile for NAION.

In patients with a known precipitating factor such as hypotension, hypovolemia and/or anemia, management should aim to correct the underlying condition immediately. For example, potential treatments for a patient with end-stage renal disease who experiences NAION may include corticosteroid therapy, ambulatory continuous blood pressure monitoring, avoidance of intradialysis sleep and food consumption, lower dialysate solution temperature, blood transfusions and erythropoietin for anemia (and possibly for neuroprotection), antiplatelet therapy such as aspirin and vasopresssors for hypotension episodes.18

Because the pathogenesis of NAION differs from intracranial stroke, the proposed treatments for cerebrovascular stroke, including anticoagulation, thrombolytic therapy and antiplatelet treatments, are unproven and are not recommended for NAION.

The clinician’s main task in the management of NAION is to rule out AAION. Typical cases of NAION do not require additional evaluation or neuroimaging, but atypical cases should undergo further testing. Differentiating NAION from optic neuritis or papilledema is generally not difficult, but clinicians should recognize the potentially overlapping clinical presentations.

Management should be directed at evaluation and treatment of the underlying vasculopathic risk factors. We recommend consideration of empiric aspirin antiplatelet therapy to reduce cardiovascular event risk in vasculopathic patients—but not to improve visual outcome in NAION.

Some medications, such as PDE5i and amiodarone, may increase the risk of NAION. Although no therapy has been proven effective for NAION, oral corticosteroidsmay shorten the duration of optic disc edema and potentially improve vision. The prognosis of NAION is variable and unpredictable, but recurrence in the same eye is rare and fellow eye involvement is uncommon.  RS 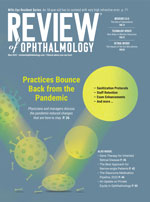